I do these so infrequently that I warn you.. this is a big haul. It wasn’t too bad until I really started thinking about it and realized that I have a LOT of books to show you guys. I just added everything up in my head and it was $93 (not including subscription boxes) – but most of them were with my Amazon gift card so I didn’t actually spend that amount.

Arc’s I Received This Month:

I’m really excited to read this and participated in the blog tour yesterday!

Ace of Shades by Amanda Foody

This is an e-arc, but I am so incredibly excited to be able to read this one that I’m putting it on my physical haul list. I don’t even care.

This author was lovely enough to send me a copy of her book and it sounds so intriguing, I am currently reading it! 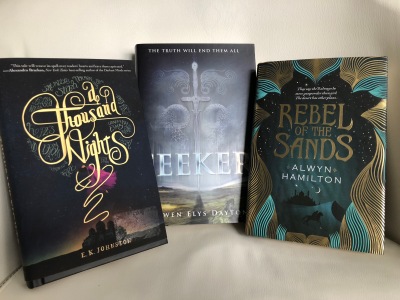 A Thousand Nights by E.K. Johnston

I got these three for about $10 at Barnes and Noble from their overstock table, I was so excited to find books for so cheap.

The Iron Trial by Holly Black and Cassandra Clare

I had to go to a Scholastic Book Sale for my library and ended up also picking up these books for myself. It was ‘buy one get one free’ and I definitely bought a fourth book but I can’t remember what it was. Either way, I spent about $6.

City of Glass by Cassandra Clare

I am obsessed with the UK paperback editions of the Mortal Instruments and I need them all. Eventually, I will get books 2, 5 and 6.

Harry Potter: A Journey Through A History of Magic by the British Library 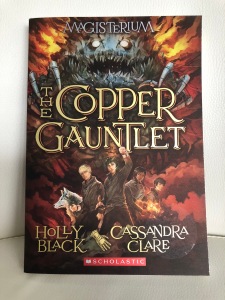 The Copper Gauntlet by Holly Black and Cassandra Clare

I pre-ordered this back in June or July, whenever it first appeared on Amazon – but I just got it in December, so that counts right?

The Revenge of Seven by Pittacus Lore

Shadow and Bone by Leigh Bardugo

I actually went through my Amazon orders because I 100% forgot that I bought these in December. I always put watches on the books I want and these dropped so such a good price that I had to get them.

Daughter of the Pirate King by Tricia Levenseller

I just bought this yesterday because it was $6 for a hardback on Amazon. Guys, that’s amazing.

Okay, so this one is on pre-order but since it comes out soon I had to mention it!

Books I Got For Christmas:

Fantastic Beasts and Where to Find Them (Illustrated Edition) by J.K. Rowling

These two my mom bought me! (Plus a colouring book… should I haul colouring books? It’s ACOTAR. Okay, you’ve twisted my arm. Going back in time and adding.) 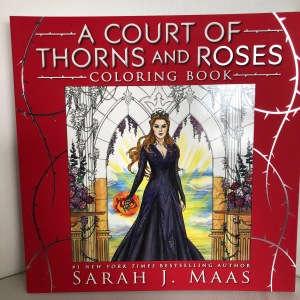 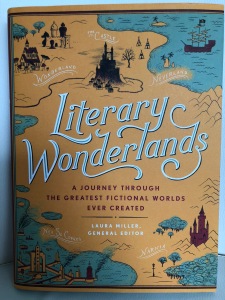 I received this from one of my friends and it’s really interesting!

Books I Got In Subscription Boxes:

Books I Got in Other Magical Ways:

Ever the Brave by Erin Summerill

What books have you purchased recently and what is coming out soon that you’ve pre-ordered? Let me know in the comments below!