This crate was really delayed in shipping and I didn’t get it until the end of February or beginning of March. As a result, I didn’t have time to open it and record a video until now. Whoops.

This month’s theme was The Ties That Bind! I expected the box to be really good because there was yet another delay but it was actually tiny. Like really tiny. There is a video of my unboxing at the bottom of the post if you want to watch it.

Ties That Bind Us

From this point in there will be spoilers, so you’ve been warned.

This is a very soft and thin scarf that depicts the Black family tree. When you look closely, you can see Phineas Nigellus as the head who you may remember as former Headmaster of Hogwarts. At the far right you’ll see familiar names like Bellatrix Lestrange, Nymphadora’s Tonks’ mother, and the Malfoys. (Seriously, look at Draco’s face.) 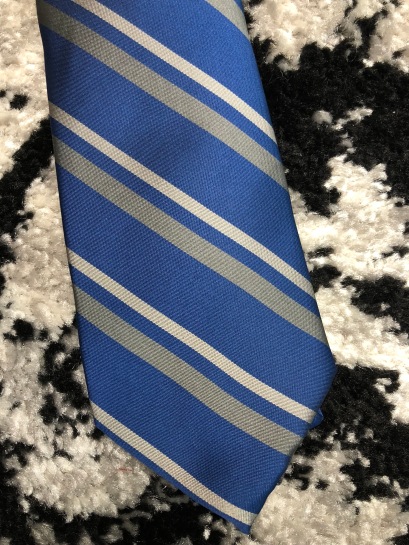 I actually have a Gryffindor house tie, but it’s no where as nice as this one so I’m excited to rep my Ravenclaw half! 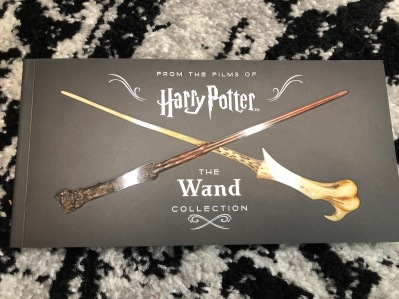 I’ve seen a version of this book in hardcover pretty much everywhere. It is the one item that doesn’t say LootCrate Exclusive but it says its a LootCrate edition. I don’t know if that means its just a paperback instead of a hardcover, or if there’s something different about it.

This is definitely my favourite item of the lot.. but since there were only four items in the box. Seriously, four! I guess that’s not saying much. Although I haven’t purchased every crate, I have all but one of the Horcrux pins. (Curse you elusive Riddle diary!) The Diadem is definitely much nicer looking in person than I feel it comes across in a photo.

When you unfold the box, it has the Weasley’s clock on the inside which is awesome! 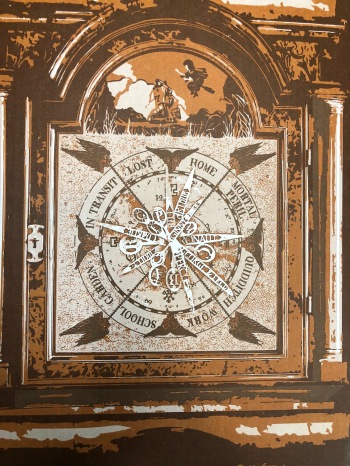 Of course, Ronald is in mortal peril. I’m curious why it says Ronald, instead of Ron – yet Ginny, instead of Ginevra.

Here’s the box as a whole:

I normally love these boxes but I was not impressed with this one, at all. What makes it worse is that it was delayed by a month, so I expected it to be as good as previous ones – instead there wasn’t much in there that I liked or thought was remotely useful. I mean for as much as they charge for the boxes (over $40) and the value that they claim you receive (over $65), I am completely baffled by this particular crate. I honestly don’t feel that it warranted the price paid for it, let alone was valued at the higher amount. I’m really hoping that the next crate is less disappointing. (As I purchased a year’s subscription on Black Friday, I have quite a few more coming.)

By the way, you can sign up for Loot Crate here and you will receive $5 off. The next theme for the Wizarding World box is the Hogwarts House Pride 2018 (also known as part 2, since they did the same theme last year).

Loot Crate’s description states: “Whether you’re a brave Gryffindor, clever Ravenclaw, loyal Hufflepuff or cunning Slytherin, represent your house with this Hogwarts House Pride crate (new for 2018!), full of items for all occasions.” They are accepting orders through May 3rd, so if you’re interested be sure to click the link!

I hope you enjoyed this unboxing, let me know what you think in the comments below and have a magical day!