Also known as the “I have a LOT of new books to show you book haul” and I am 100% not ashamed. I mean this is three months combined into one because I very rarely talk about the books I get. Plus there were a ton of good books that came out recently (and I haven’t even gotten to buy most of them.) I also promise that I inevitably forgot some (probably the ones I bought for $0.25-$1 at the library. 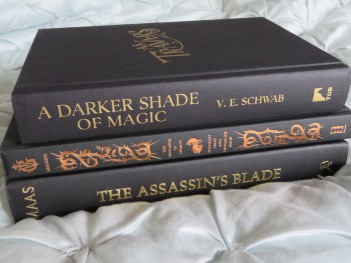 Okay, okay, I still haven’t read this yet but that’s because I have been a little excessive with the library book borrowing and I’ve gotten very behind. I was doing a whole ToG reread before I got to this and that’s temporarily on hold – but I need to get back to it soon!!

Vassa in the Night by Sarah Porter

I donated to the BTA Fest’s Kickstarter and received the lovely signed edition of WW, after meeting the lovely Susan Dennard (sort of) and seeing the promo that if I bought one of her books I got Vaasa for free… I bought Windwitch since I only owned Truthwitch.

Dragons guys, how could I pass it up?

Harry Potter and the Prisoner of Azkaban (Illustrated Edition) by J.K. Rowling

I must own ALL the Harry Potter books, so this was an insta-pre-order.

A Darker Shade of Magic (Collector’s Edition) by V.E. Schwab

I’d been looking to buy the Shades of Magic series for a while but the books were still expensive and then I saw this… oh my gosh, immediate pre-order and it was the same price as the normal edition. 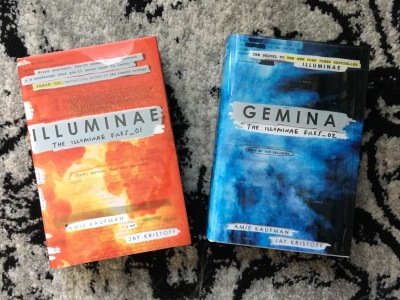 Our Dark Duet by Victoria Schwab 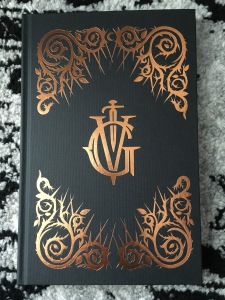 The Language of Thorns by Leigh Bardugo

This is the part where I just got excited and couldn’t control myself. They put the YA books on sale for $10 each when you bought at least two… I bought three… then I caved and bought three more. The Language of Thorns was even signed.

I also ordered this almost the moment I saw it, but it was expensive so I put a price watch on it and the moment it dropped to my desired price I pre-ordered it.

November Book of the Month:

Shanah loved this book and I trust her opinions, so when BotM club sent me a promo to get the first month free when I paid for the second month (aka basically 50% off two months) I decided to snag this beauty. Plus I need more sci-fi on my shelf.

Plus my random library (sale) or used book finds during those three months:

City of Bones by Cassandra Clare

I’m missing some of the books from the Shadowhunter Chronicles, for whatever reason but it’s a struggle to convince myself to spend $15 for them on Amazon when I probably shouldn’t be spending money on books at all. I have car insurance and stuff to pay for! Ugh. Adulting. So I am incredibly excited whenever I find a book at a library sale that will help me complete my collection!

Michael Vey: Rise of the Elgen by Richard Paul Evans

The Serpent’s Shadow by Rick Riordan 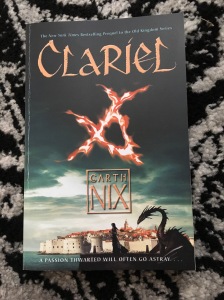 I said I wasn’t ashamed, but looking at all of these books I’m slightly embarrassed. I’m going to be honest. I don’t regret it but also.. it’s a lot of books. I don’t know how to feel right now. I think I’m just going to put a bunch of books on my Christmas list and not get any others until the new year, maybe, unless there’s a subscription box I want?